Why did the tech-mogul buy farmland the size of New York city? Is he really the messiah that some believe him to be? 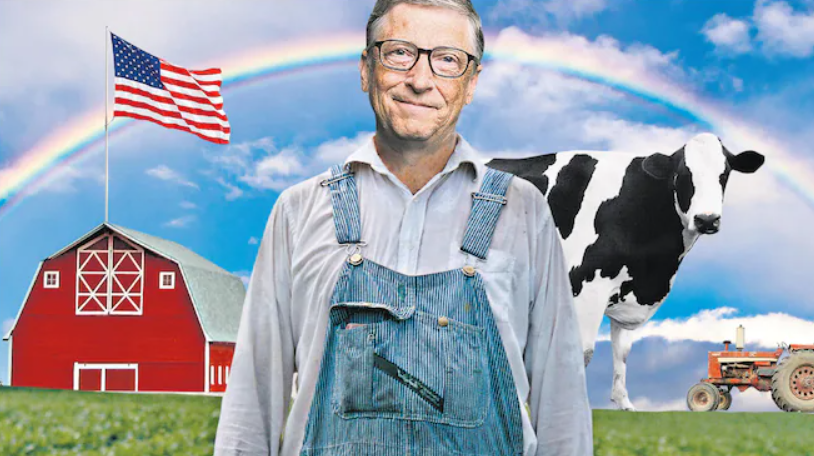 Back in 2020, a strange activity caught the attention of Eric O'Keefe, editor-in-chief of Land Report (a magazine that lists the 100 largest US landowners every year). It was the furtive purchase of a whopping 14,500 acres of farmland in Washington that raised their antenna. This was a big deal, as even a 1,000 acre transaction is flagged as a once-in-a-blue moon event.

To add to the mystery, the huge purchase was made by a small unknown company in Louisiana. Eric assigned his research team to investigate this transaction, and what they unearthed stunned the internet. The buyer was Bill Gates, the world's 4th richest man in the world.

In a Reddit AMA, when asked why he bought such a massive amount of farmland, Bill Gates commented that investments were not connected to climate. So what's the inside story?

Investigations traced the land purchase to a limited liability shell company that brokered the deal, through a series of shell companies, on behalf of Cascade Investment LLC. This is the investment company that manages the humongous wealth of billionaire Bill Gates. 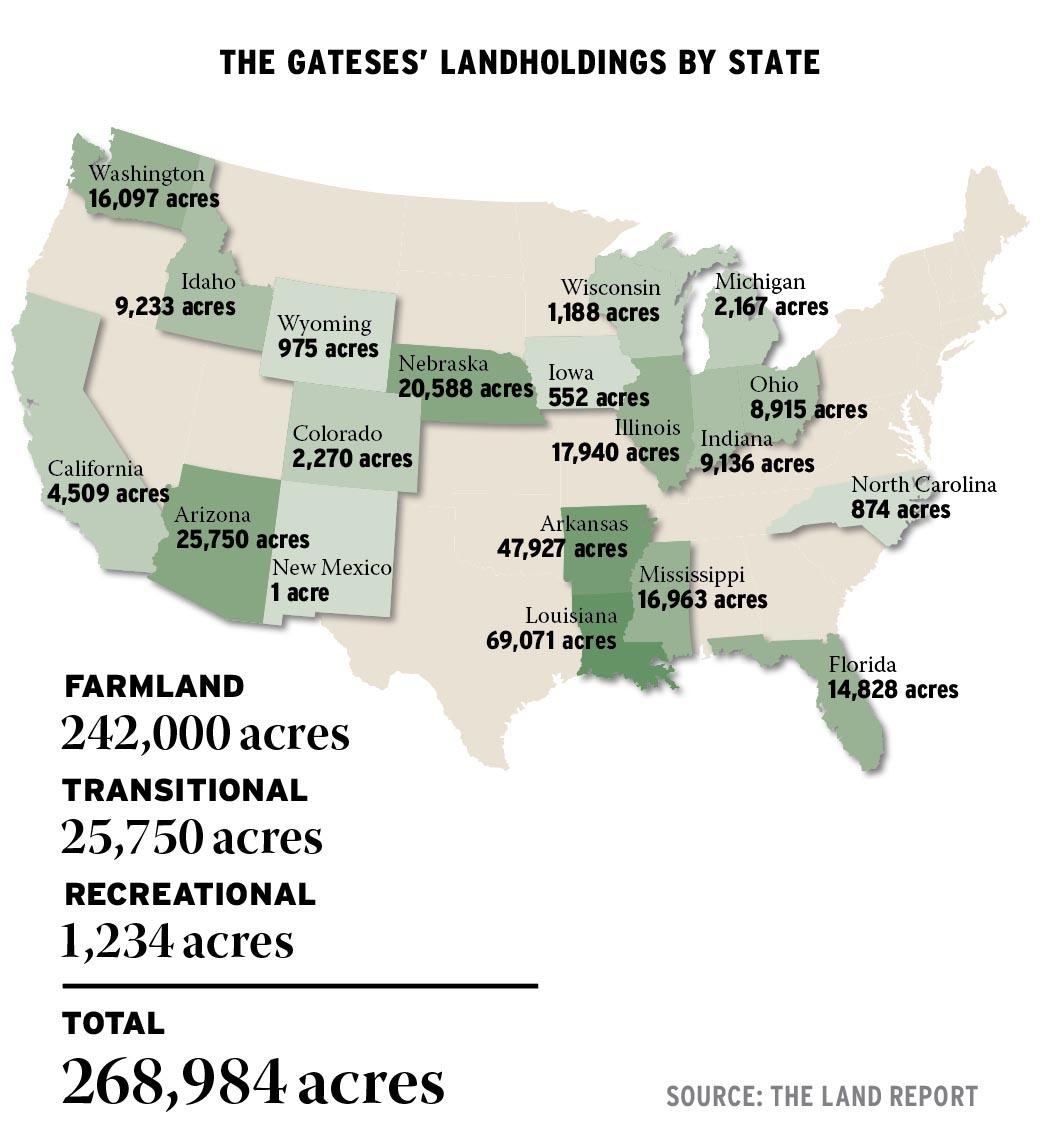 What does Gates do with all that land? 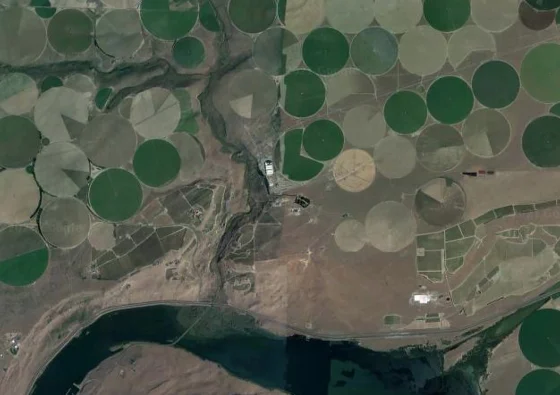 Did you think that these are crop circles from an alien invasion movie? Hold your horses there, Agent Mulder. That's just 14,500 acres of a potato farm in Washington, owned by Gates. This parcel of land is so massive that it is visible from space. This farm grows the tasty potatoes that are julienned into the famous McDonald's fries.

Some of Gates' land is used by Grimmway Farms, the world's largest carrot producer. Gates also farms soybeans, corn, cotton and rice on 70,000 acres in North Louisiana and 20,000 acres in Nebraska.

Their aim is to accelerate an energy transition across every sector of the economy, by investing in visionary entrepreneurs, whose eyes are on climate change.

Why is this purchase a big deal?

In the agricultural sector, a 1,000 acre-transaction is considered to be a rare-occurrence, thus making a single owner holding such a gargantuan land area a very big deal.

“In the United States, the top 100 richest private landowners own more than 1.86% of the total available land.”

Over the years, Bill Gates has addressed the issue of climate change and the need for implementation of sustainable agriculture practices for a better future. Environmental communities are hopeful that Bill Gates' new avatar as gentleman farmer will impact the agricultural sector and climate change in a positive manner.

Is the Gates Foundation farming practice causing more harm than good? He is after all a business magnate whose large farmlands are managed by an investment firm. So, there is a higher chance for the management team to compromise on a few sustainability standards for greater profits from the holdings. The media has exposed some of the questionable deeds of the Gates Foundation that might affect the environment and fellow farmers.

But why farmland in the first place?

Why has Bill Gates invested in farmland instead of lucrative commercial properties? For one, the billionaire's wealth management is handled by elite investment managers. As part of diversifying the portfolio, Micheal Larson, head of Cascade Investment, has made the smart move of buying huge chunks of land.

Farmland has perennial value because agro-resources are always in demand, creating an inflation hedge. The US is losing farmland at a rate of 2000 acres a day, thus making land a limited resource. History shows that land has always been a stable asset, down the ages, with a heavy spike in value over the decades.

Can Gates be pegged as a Messiah at all?

Gates' engagement in farming can become an important cog in persuading the agricultural sector to adopt new sustainability norms. It will make a tremendous impact if America's largest agricultural land owner can demonstrate that farming can be both sustainable and lucrative.

No matter what Bill chooses to do with his land, the world will be now paying closer attention to it.

Deep dive into our library for smart investors. We have curated pieces to answer any questions you have.

Don't make these 8 mistakes while investing in Realty